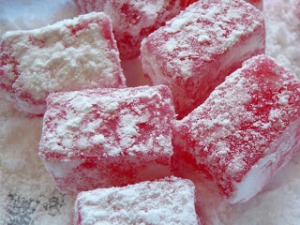 My daughter is reading The Lion, the Witch and the Wardrobe to her kids, ages six and seven. I dropped off some Turkish Delight the other day to give the children during story time that evening. When the package was opened Eli, the younger sibling, burst forth, “You mean it’s real? I thought this was a make believe story!” Mommy explained that the story was fiction but the candy was real. “Candy!” Eli shouted, “I thought turkey delight was like ham!”

Telling the story of Eli’s reaction to the Turkish Delight brought grins and guffaws to my classmates the next day when I returned to my weeklong intensive course on C.S. Lewis and his works.  If you need a laugh, hang around with kids.

My granddaughter Madi, five, is a constant source of hilarity. Her mommy said to her the other day: “Madi it’s free dress day tomorrow; you can wear whatever you like.”  Madi, who considers clothing a necessary evil, jumped up and down with delight: “Woohoo! I’m goin to wear naked!”

And while travelling home after Christmas, an unsuspecting lady in the Houston

airport noticed cherub-like, curly-headed little Madi and sweetly said, “Aw, you’re soooo cute.”
Madi was quick to set her straight: “I’m not cute; I’m dangerous! I can actually be very scary when I need to be!”

Kids are the best source of free humour I know of. If you don’t have any kids or grandkids, find a way to borrow or adopt some kids every now and then. It’s good for the soul. As long as you don’t get all creepy about it, you can even take a seat at a playground or park for a few minutes just to watch kids play. Their energy, delight, imagination and antics will lift your spirits.

A delightful thing about kids is they are honest. Kids haven’t learned political correctness, diplomacy, or evasion and redirection. They just tell it like it is.

My friend Phyllis took her preschool daughter along with her on a visit to her new neighbour. She planned to invite the woman to her church. During a lull in the conversation, the neighbour asked Phyllis’s little girl how she liked going to church. The little girl didn’t hold back: “I’m sicka hearin’ ‘bout Flippins, Floshuns, and Paul’s Pistol to the Romans!”

A longtime friend and pastor, Lou, took his six-year-old son to visit a neighbourhood family who had just had a baby. He invited them to attend his church, where, he announced proudly, “even babies have a Sunday School class where they can learn about God’s love.” After watching the newborn undergo a diaper change and noticing what looked like a withered brown string on her tummy, Lou’s little boy demonstrated how he had benefited from growing up in Sunday School: “After a baby is born,” the tyke piped up, “the doctor has to cut the un-Biblical cord, right dad!?”

Another of my favourite bits of kid humour is thanks to my friend, fellow author and former pastor, Murray. His little girl adored her spotted dog. Taking her and the Dalmatian with him, Murray visited some newcomers to their neighbourhood, and, you guessed it, invited them to visit his church. After Murray introduced his daughter, she introduced her beloved dog: “His name is Dexter. He’s a damnation!”