My husband, Gerry, was pastor of a small country church when we married.

Because he was a University student, gardener, hobby farmer, and pastor simultaneously, he was perennially preoccupied and often forgetful.

The church had a built-in baptistry that Gerry filled with a garden hose connected to the outdoor spigot at the parsonage next door. It took several hours. By filling it a few days early, the ice-cold well water had a chance to thaw — becoming just bearable for the sturdy souls who were fully immersed. They went down gasping and came up glad to be alive.

One morning, my husband hooked up the hose in preparation for a baptism the following Sunday. Then he sat down at his desk — conveniently situated beside the tank — to work on his sermon. Every 30 minutes, he stood up and peered into the chest-high tub to check the water level. He finished his sermon, saw that the tank was only one-third full and went outside to plow the garden. When mechanical trouble with the garden tractor necessitated a 20-mile trip to the city for parts, he forgot all about the hose.

My doorbell rang not long after he left. It was our neighbor Pete.

“I went to the church to use the phone,” Pete said. 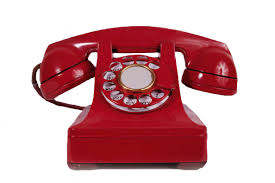 Because Pete had no telephone at home, we left the back door of the church unlocked so he could come and go freely. The phone was on the pastor’s desk just inside.

I smiled and said that was fine, expecting him to ask me to look up a phone number for him since Pete had never learned to read.

“When I sat down at the desk, I heard a drop of water hit the floor beside me,” Pete recounted. “The tank was full to the brim and just starting to spill over so I grabbed the hose and threw it out the door! Where’s the pastor?”

Embarrassed, I told him my husband had gone to town. Pete lumbered away, shaking his head.

Initially angry, I soon cooled down and decided to have a little fun with the absent-minded pastor. I turned the spigot off, put the hose back into the baptistry and wiped up the tiny puddle on the floor. My husband and I both knew the only time our rusty well water was not red and murky was after water had been flowing for long periods. Armed with this knowledge. I cooked up my scheme.

My husband returned from town, repaired the garden tractor and came in for supper. Nothing was said about the baptistry. After the meal, he went out visiting. Returning hours later, Gerry fell into bed, worn out. I laid my book aside and turned off the lamp. 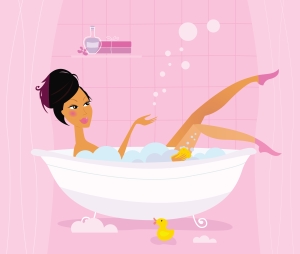 In the darkness, I murmured, “I had such a lovely bath tonight – the water was crystal clear.”

“AAAHHHHH!” Gerry yelled. He exploded out of bed, ran down the hall and bolted out the door. He flew across the yard in his pyjamas.

Peeking through the curtains, trying to muffle my giggles, I saw him reappear a few moments later.

Treading barefoot in the moonlight like a man in a dream, he was shaking his head in amazement as he crossed the grass and came back into the house. I leapt under the covers and waited, feigning wide-eyed innocence.

Gerry floated into the room. With a look of sheer wonder on his face he smiled and whispered, “It’s a miracle!”

6 thoughts on “Need a laugh? Marry a preacher!”